How to make a corporate killing. If you know the right people and the Archangel stays away

A thrilling story of international corporate manipulation, involving the Freemasons and the Rosicrucians.

Another Ed Adams Handbook from the Edge

Book 2 of the Archangel Trilogy 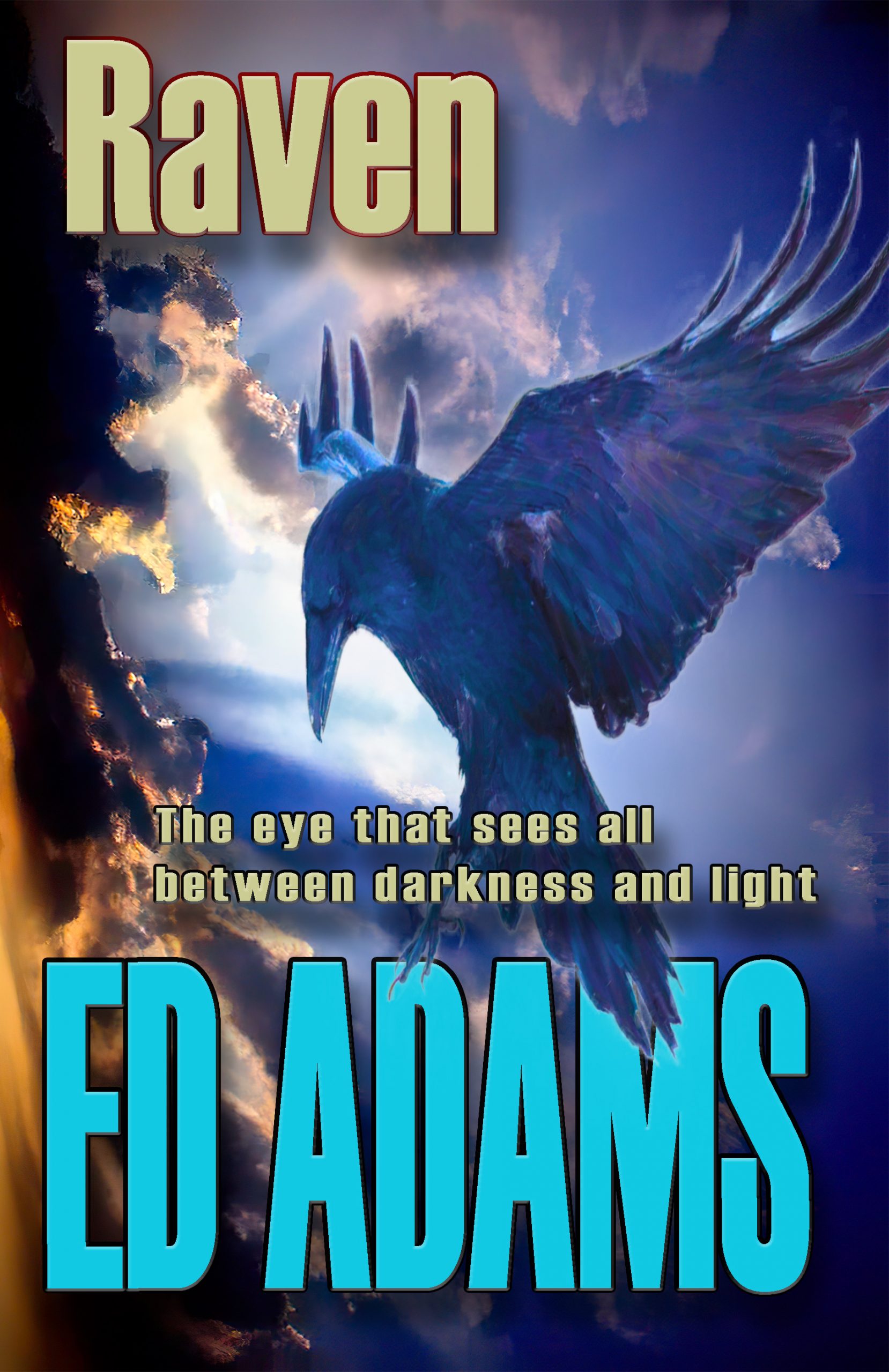 “…Were you ever beaten up at school?” asked Bigsy, ” and then had the bully’s henchmen tidy you up again afterwards?”

“That’s a kind of Mafia trick, ” said Christina, ” Sfogliatelle; where they rough someone up, then shove a lovely pastry in their mouth. It’s like a warning.”

“Oh, in my travels, ” said Christina.

“I always knew you were bad-ass, ” said Bigsy.

“Are you two flirting?” asked Nelson.

Bigsy could feel his face redden.

“So, what have we got then?” asked Clare, ” A tricksy organisation which seems to be profiteering on the back of US-declared wars?”

“Yes, ” agreed Nelson, ” And of course it isn’t the only one. There are many friends of people in high places who dip their noses in the trough from time to time.”

Bernard Driscoll was in his car being chauffeured to the next meeting. It was hard not to feel important when the powerful Jaguar was escorted by a couple of dark Range Rovers and two motorcycle outriders.

Despite a few unfortunate gaffes in his past, his luck was on the ascendency now. He was in some of the most influential Cabinet meetings and rubbed shoulders with the Prime Minister. If they wanted someone to set the scene on an important agenda topic, then he would be called to handle the early slots on BBC Radio Four. Why he had even been invited to take part in that hard-talking interview series on BBC World Service.

He’d been wary of going to the men’s meeting to begin with, but the supplier had urged him that ‘it’s not like that, ” so he’d taken the plunge. It was in a pub in London, reputedly close to the site of the Devil Tavern, which had been the place where Masons met in the 1700s.

“Plays with heart, mind and desire”

“A step into the daylight”

“Too much power in too few hands”

“Lets everything happen to you”

The corruption of Bernard Driscoll

When we fall asleep

The ambiance inside the Carlton was altogether different from the rammed bar they had left. They spied a table and sat down. Cool prestige emanated from the bar and its clientele.

“I can understand why Grace Kelly used to come here, ” said Rizzo.

“Hi Lieke, ” said a voice behind them. They turned to look.

They kissed one another on the cheeks, in the Dutch way. He looked to Rizzo, ” I don’t think we’ve met?

“Hi Elena, it’s great to put a face to a name! And thank you – from me personally – for those complicated predicaments you’ve saved me from in the past!”

“Do you mind if I join you? I’ve been deserted by the gang. They all wanted to go to some rowdy bar along the Croisette.”

“Please do, it’ll be good to hear what’s happening in London. How’s the old bosses Liz and Ron getting on?” asked Lieke.

“Uh, they’re doing fine, since they moved on, they’ve just set up a new shell – The Summerhouse. I think they are filling it with artworks and some kind of trainer project, ” answered Nelson.

“Training, yeah, you know the kind of thing. Expensive and many types, if I remember correctly, ” replied Nelson, ” I’d forgotten that you knew them.”

“Kind of, ” said Nelson, ” I was with a client earlier and we drank too many Manhattans. It’s a real killer.”

“That and the mad prices in here, no wonder it’s quiet. I could fly to Monaco by helicopter for the price of  a round of drinks, ” said Rizzo.

“That’s why I swapped from a G&T to a cocktail, ” said Lieke, ” Might as well get the money’s worth!”

“Don’t worry, we’ll charge them to my room, ” said Nelson, ” Time to get something back.”

He grimaced and then leaned forward, ” You haven’t heard then?”

“There’s a few planning sessions running here alongside the main event. It turns out that part of the company is to be hived off to another one.”

“I’m in the piece that is moving.”

“We are no longer Raven; we’ll be Brant Holdings.”

“What? They are shifting people out of the way?” asked Rizzo, ” That’s surely not legal, workers’ right and all that.”

“No, they have brought in one of those specialist firms to hack through the structure.”

“Wow, these look good, ” said Lieke, ” Er even your big bottle of San Pellegrino looks good with that glass, ” she nodded towards a glass chilled with ice. See, they have given you two glasses, so that one can be chilled and then you can tip the ice into the other one!”

They chinked glasses and said, ” Cheers!”

“Which piece is going then?” asked Lieke, ” Not the whole London operation, surely?”

“No, they are being very selective. I think they are keeping the corporate trading division but losing the retail arm. It’s supposed to be to do with profitability.”

“We haven’t heard about this in Amsterdam, ” said Lieke.

“To be honest, I smell a rat in all of this, ” said Nelson, ” There’s something about this that doesn’t add up. The money men have been crawling all over the situation, I think they are up to something bigger.”

“I’ve little choice but to move. I might just rack up some expenses here first though, ” Nelson chuckled, ” But seriously, I think there is something dodgy about what they are doing. Meetings on golf courses in Ireland, that type of thing.”

“So, you think the company is up to no good? More than usual?” asked Lieke.

“Yes, but I don’t know where to find out what’s been happening.”

They sipped their drinks.

“I know someone, ” said Lieke, ” She is living in Amsterdam, but I think she’s originally from somewhere else. She seems to have a bit of a reputation as a corporate problem solver. And I think she knows people in London too. I think this is right up her street.”

“Hold on though, won’t she want to get paid for delving into a company?”

“Not necessarily, ” said Lieke, ” I think she finds prizes inside the companies. More a kind of Risk and Reward deal. I’m a good friend of hers, shall I ask her about it?”

“Well, it’s all supposed to be a company secret at the moment, ” said Nelson., ” And I don’t want to jeopardise my transfer fee.”

“Christina can be very discreet, ” said Lieke, ” Let me talk to her about it in the vaguest of terms.”

“Oh yes, the asparagus one. Spargel, ” remembered Bigsy, ” Spargel with everything. Spargel Suppe, Spargel Salat, Spargel as vegetable and then Spargel for pudding. That was an unusual experience.”

“Remember that British guy at the next table? He was being entertained there by a computer company. I thought he would explode at the thought of asparagus with everything. Like a revenge of the Spam song.” 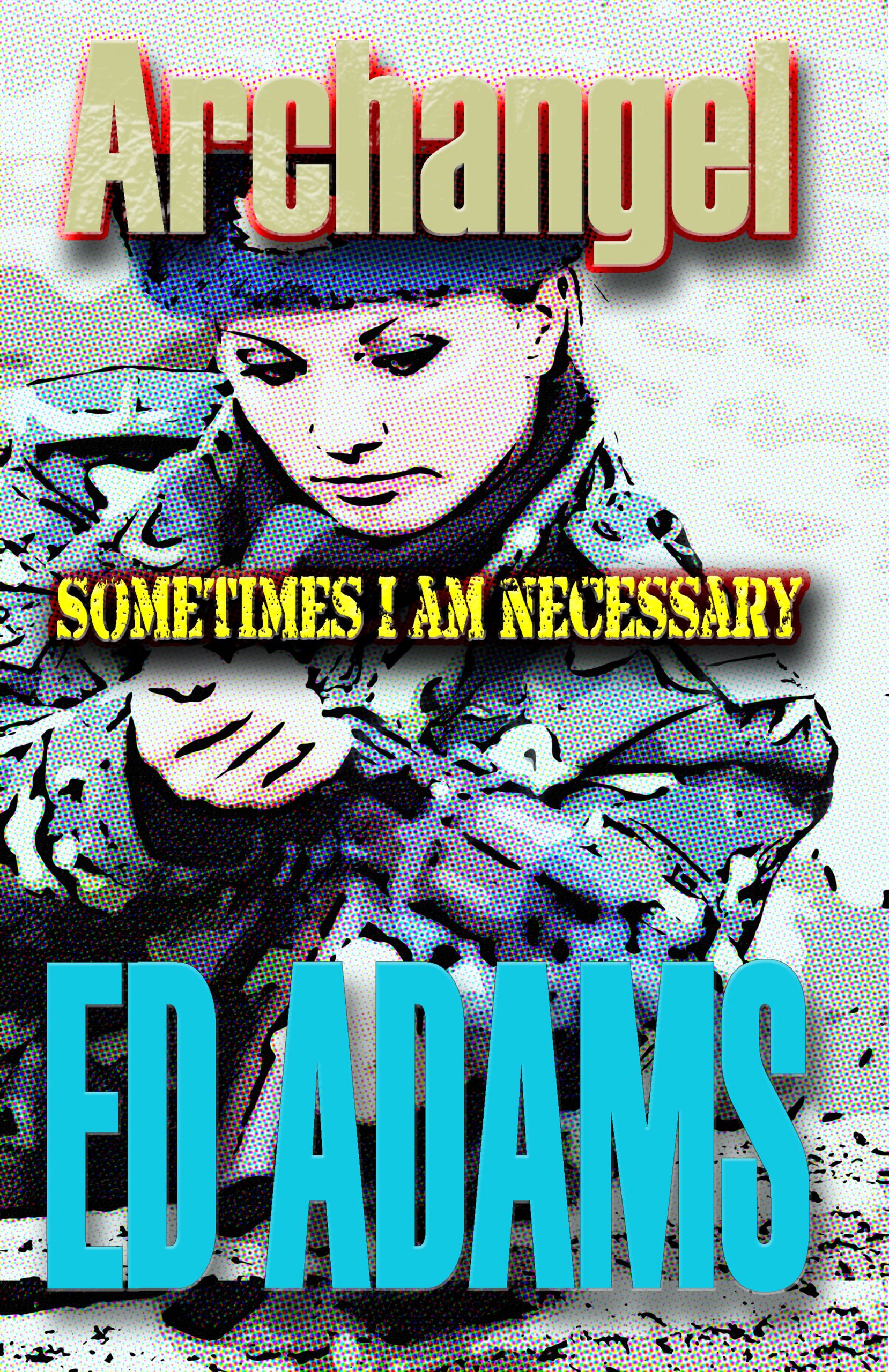 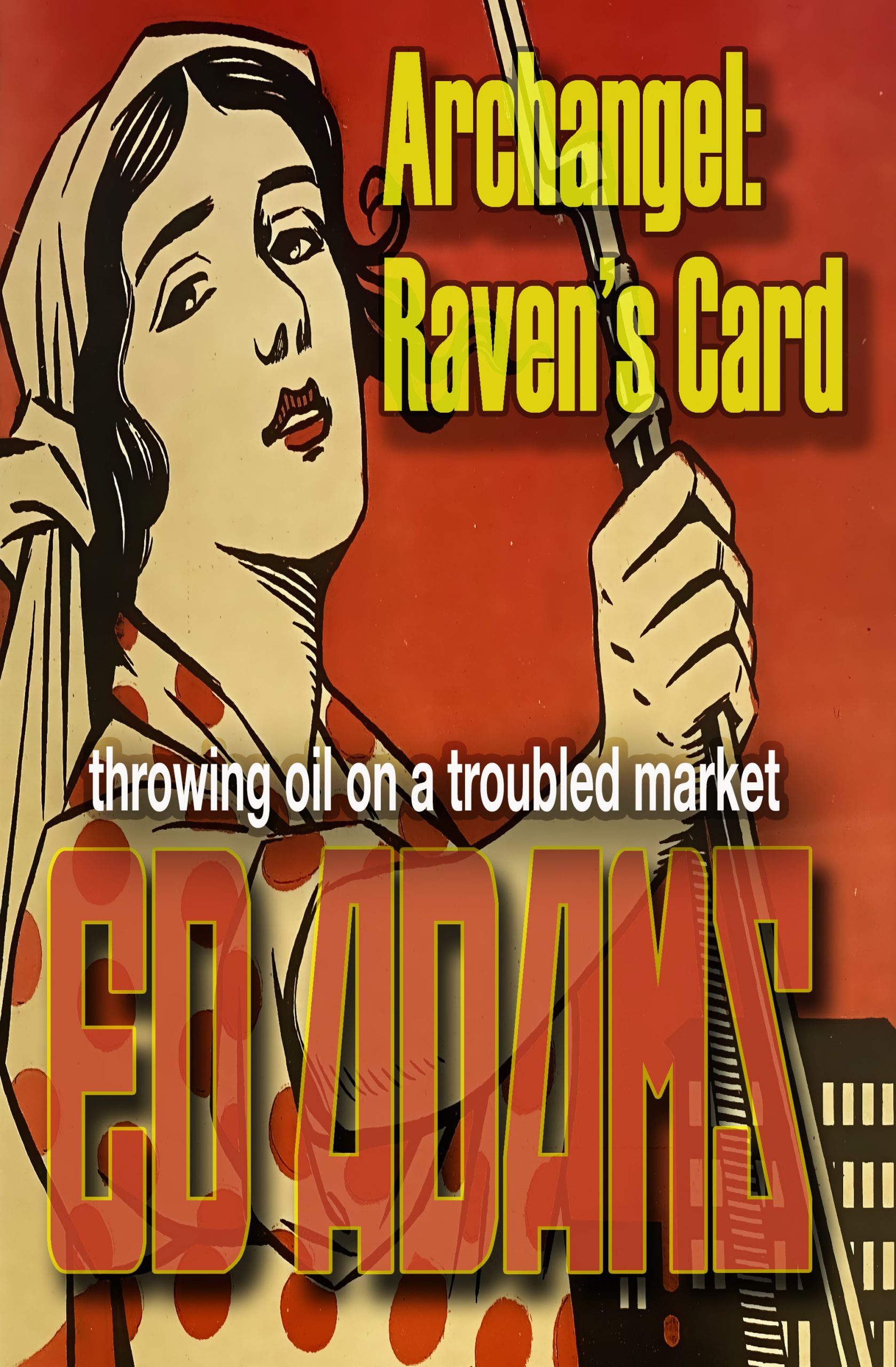 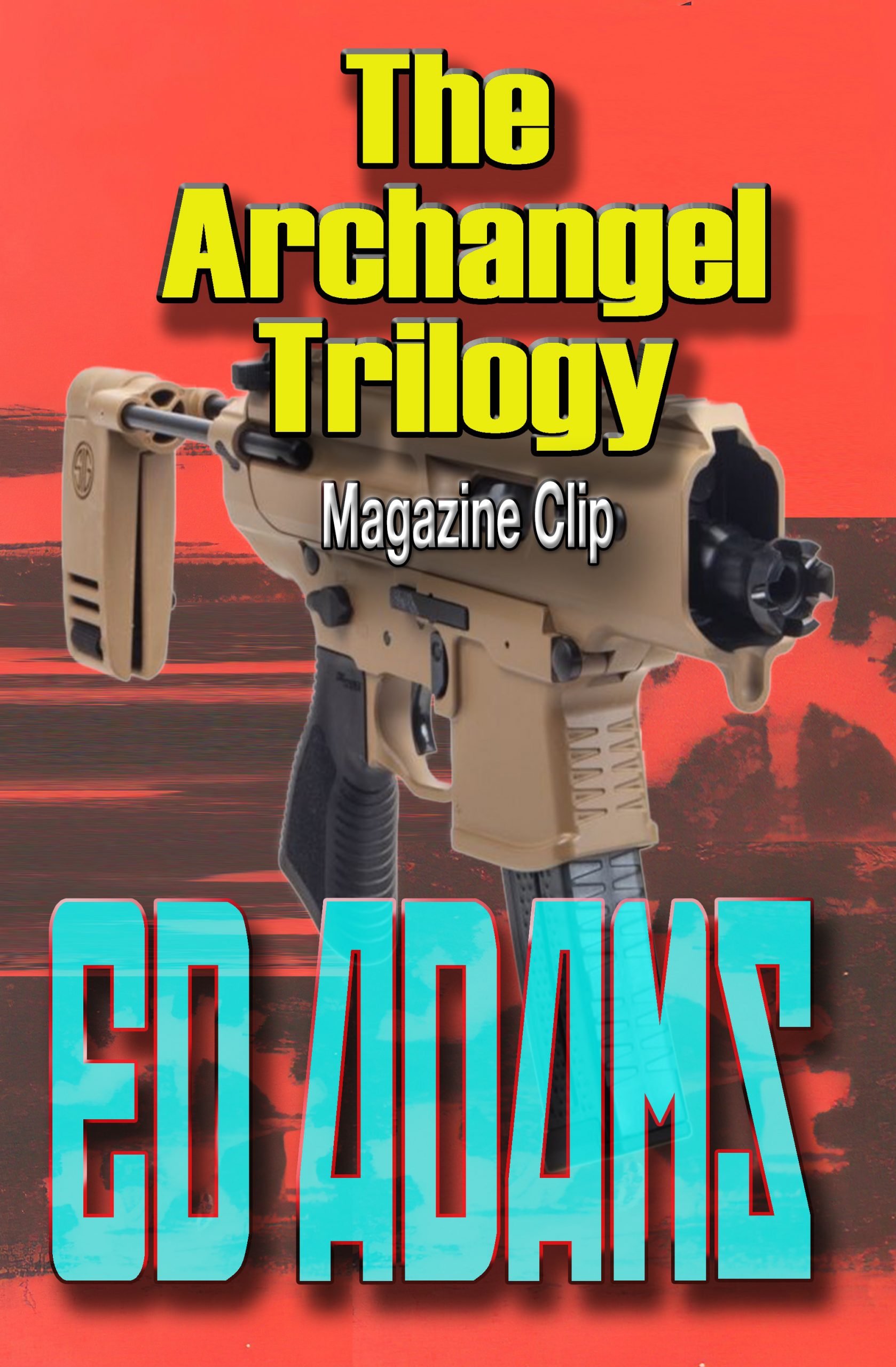