Here’s how to clean it.

Join the Ed Adams Readers’ Group for free books, updates, book release details and more. You will be among the first to know the next time we have cool stuff to give away (you can unsubscribe at any time) 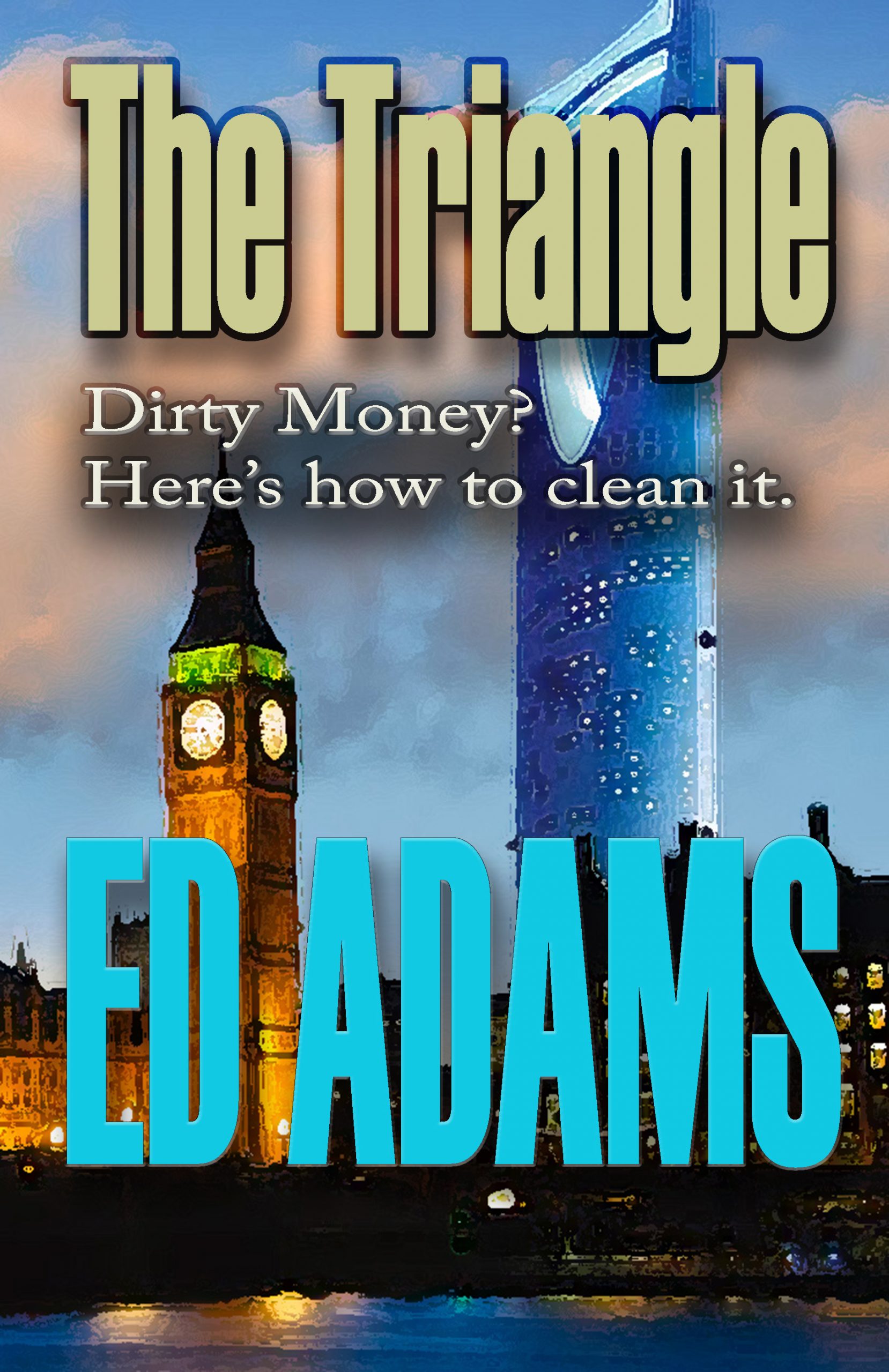 The voice continued, “We have followed the procedure in the original agreement. The basis of the agreement was clear when we started. You have given your word that you would handle this impeccably. We now have a difficult situation for the consortium and need your full co-operation. I strongly advise you to listen to my business associates and to follow their advice”.

There was a long silence.

Fredriksson was the suited westerner in this group. From Sweden, slim, blond hair, spectacles and a light tan suggesting someone well-travelled, he started his explanation. It was filled with business jargon but essentially said that he could facilitate the creation of some new trading processes which could help certain transfers of large sums of money on a global scale. These needed to go through ‘special’ procedures before the money was available for use.

To do what he intended, he needed some substantial down-payments from the assembled group. This was his fee for the work and separate from the further great operating expenses he expected to incur in creating the new environment.

“We will need to negotiate the detail of your terms, but we accept the general approach.” The five Arabs nodded their acceptance and then continued to speak to one another in Arabic.

Fredriksson said, “In that case, gentlemen, I will bid you all good evening. I can catch the next flight to London at 0200 and this will mean I can start making the arrangements. Overall this is going to take around three weeks to set up. My colleague will be in contact to finalize the payment terms. Please understand this agreement is irreversible, and once we start, there will be no going back.”

“buy it for the journey”

Don't let it get to you

An apple a day

Any place in the world

The white cube’s sterile tranquillity gave no clue of the impending violence. Lucien took the programme for this Sloane Square gallery to orient himself. The white rooms serially displayed cutting edge art. Very different from the place he’d visited the last time he’d received private tickets. That had been a rather grim gallery the size and appearance of a newsagent’s, somewhere out west — Graffiti art, decomposing artefacts on the floor and rats running free as part of the installation.

Not this time. It was clean pictures on clean walls in a gallery which Lucien had pretty much to himself. He looked towards the white space between the hanging pictures.

Then he noticed it from the corner of his eye. A fragile red line was arcing across the wall. A second line appeared as he looked at it. Then he felt it. The knife had done serious damage.

Then he felt nothing.

Outside, November graphite skies, gentle rain. A quiet, smartly dressed woman slowly left the gallery, flicked her umbrella up and walked across to a modern metallic BMW. The driver clicked the locks, she climbed into the back seat, and the vehicle slipped into the heavy traffic.

Hours later, across town, Jake Lambers was walking to the pub. He’d had a tough day. The boss had torn him off a strip about the expenses from his recent trip to Liverpool. He’d been trying to get “an exclusive” with a singer who was supposed to be “seeing” a footballer. It would have made an excellent insider piece, but the trip was doomed because he’d received incorrect information. Instead, he’d made the best of a lousy job in a lively city with a great nightlife. The expenses had only just arrived and, upon reflection, seemed excessive, mainly because there was no story. So now he was going to meet Bigsy and Clare to drown his sorrows.

The pub in Westminster was buzzing. There were no tables and pretty much a mob standing by the bar. It was early evening, and the local offices had tipped out into the neighbourhood, and the inevitable ‘one before the train’ ritual was in full flood.

“Jake, Jake – here!” called Bigsy – whose real name was Dave Barlow but had adopted Bigsy on account of his size and didn’t mind this affectionate but somewhat politically incorrect nickname.

Bigsy had commandeered a prime corner spot at the bar and standing with him was Clare. They were well into their second drinks of the early evening. Bigsy had spotted Jake the moment he’d entered the bar in customary journalist semi-smart clothing, dark jacket and an open-necked white shirt.

“Can dress it up or dress it down”, Jake had once explained. Bigsy was pleased to see Jake; he, Clare and Jake were the nuclei of a gang of friends who often met and attended many social functions together.

“Let’s go to the Crown,” said Bigsy, “this place is heaving!” As he spoke, Jake’s phone rang – he knew it rang because it vibrated – you couldn’t hear the phone above the pub noise.

“Just a minute,” called Jake as he reversed out of the side door of the pub, back onto the busy street near Westminster tube. Only then did he notice the number – Mark, one of his other drinking buddies.

“Jake, it’s Mark. Have you heard already? We’ve just been called about Lucien. He’s been killed, at an art gallery.”

Heavy traffic was passing, mainly a stream of buses and taxis. Jake couldn’t take in this conversation. Was he hearing it badly because of the traffic or was it a wind up?

“Mark – are you pissed? This doesn’t make sense!”

Alone, this was three or four times the size of the room Amelia had used in the Carlton. A flat-screen television was switched on with no sound in the comfortable seating area. A program in Russian was playing, which looked like a news report. At the far end of the room, another set of curtains billowed.

There was another set of doors onto a balcony. The woman gestured to him to go on to the balcony. It was a large decked area, easily big enough for a party. A large oval wooden table was in front of him, big enough to seat six or eight people.

"Drag and drop," said Bigsy, by this time in full geek-ville. He found the folder with Jake's recording and dropped the little file icon into the new program. Some wiggly lines appeared which looked like the sound wave of the recording. Bigsy pressed 'play', and the same bad recording started again; only now he could change the sound quality.

The National Security Administration in Langley, Virginia, USA is set inside a complex often referred to as Fort Meade.

To locals, there is another nickname, "the Puzzle Palace" because it is used as the most extensive electronic surveillance and counter-espionage environment on the planet.

A few steps later and he was back at the stairwell. The room’s door was closed, a ‘do not disturb’ sign hanging outside. It should give until the next day before discovery.

He returned briefly to Room 731. “It’s done,” he said, “Do you want me to make the arrangements for Lambers, as well?” 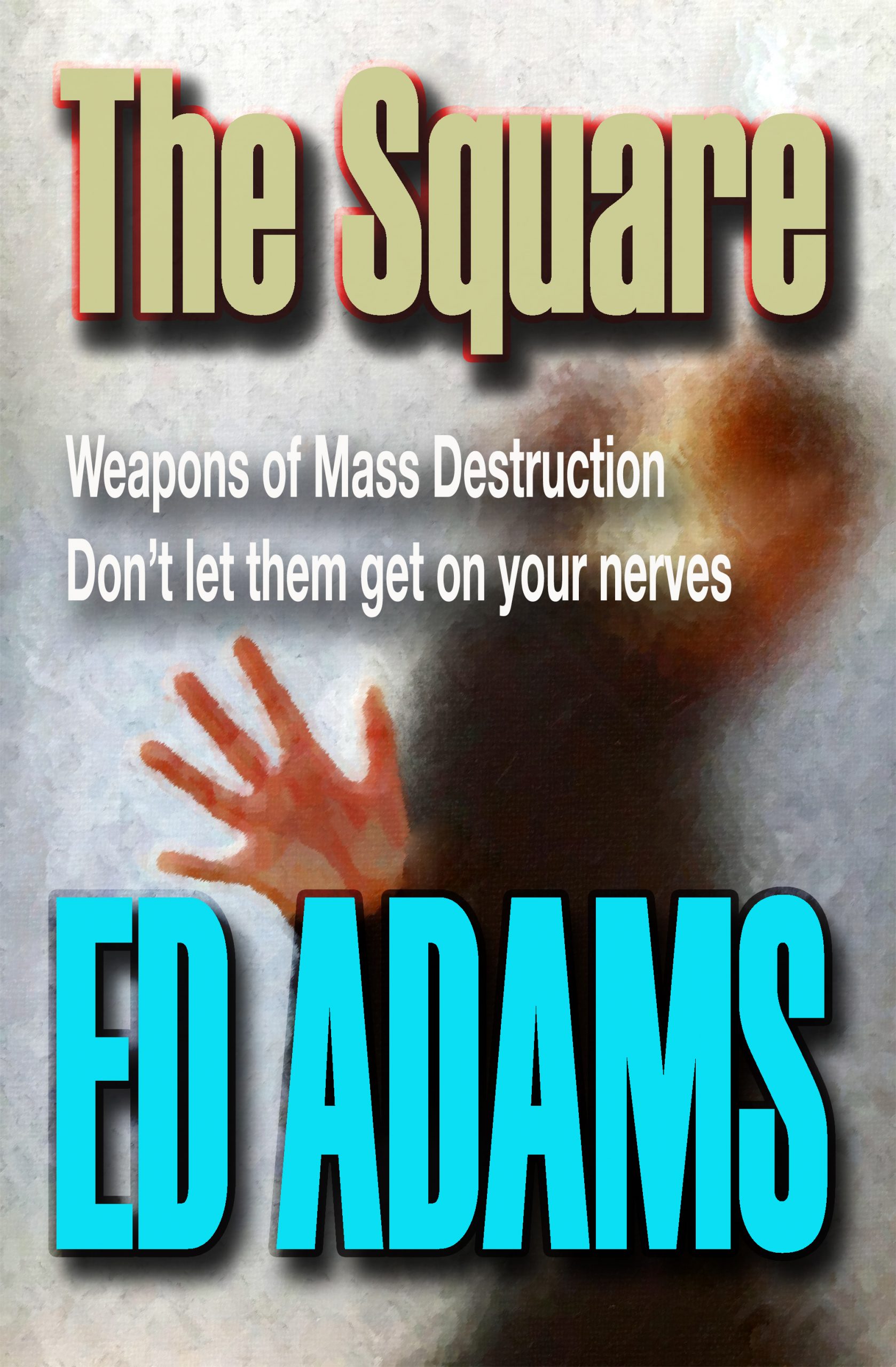 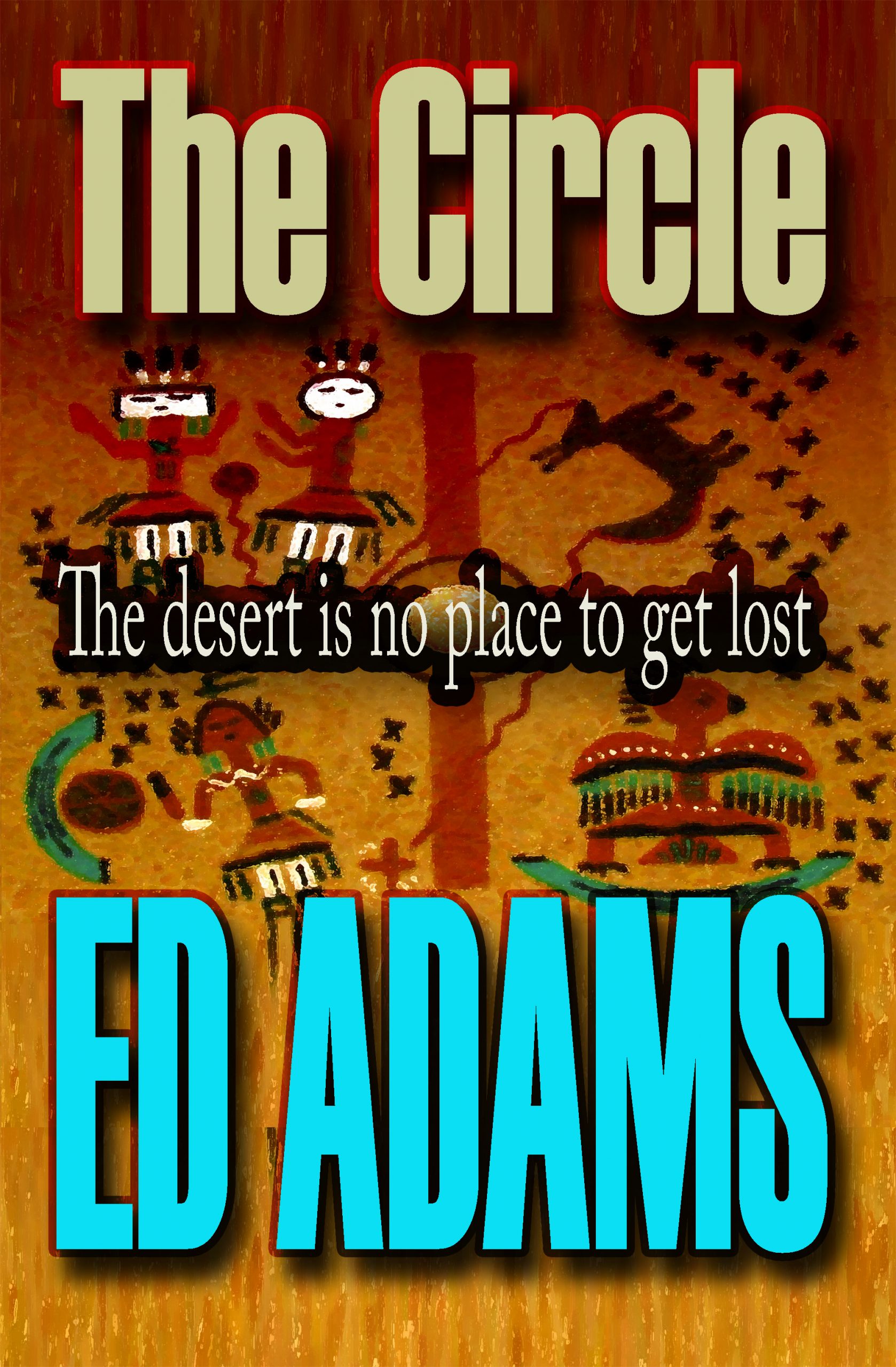 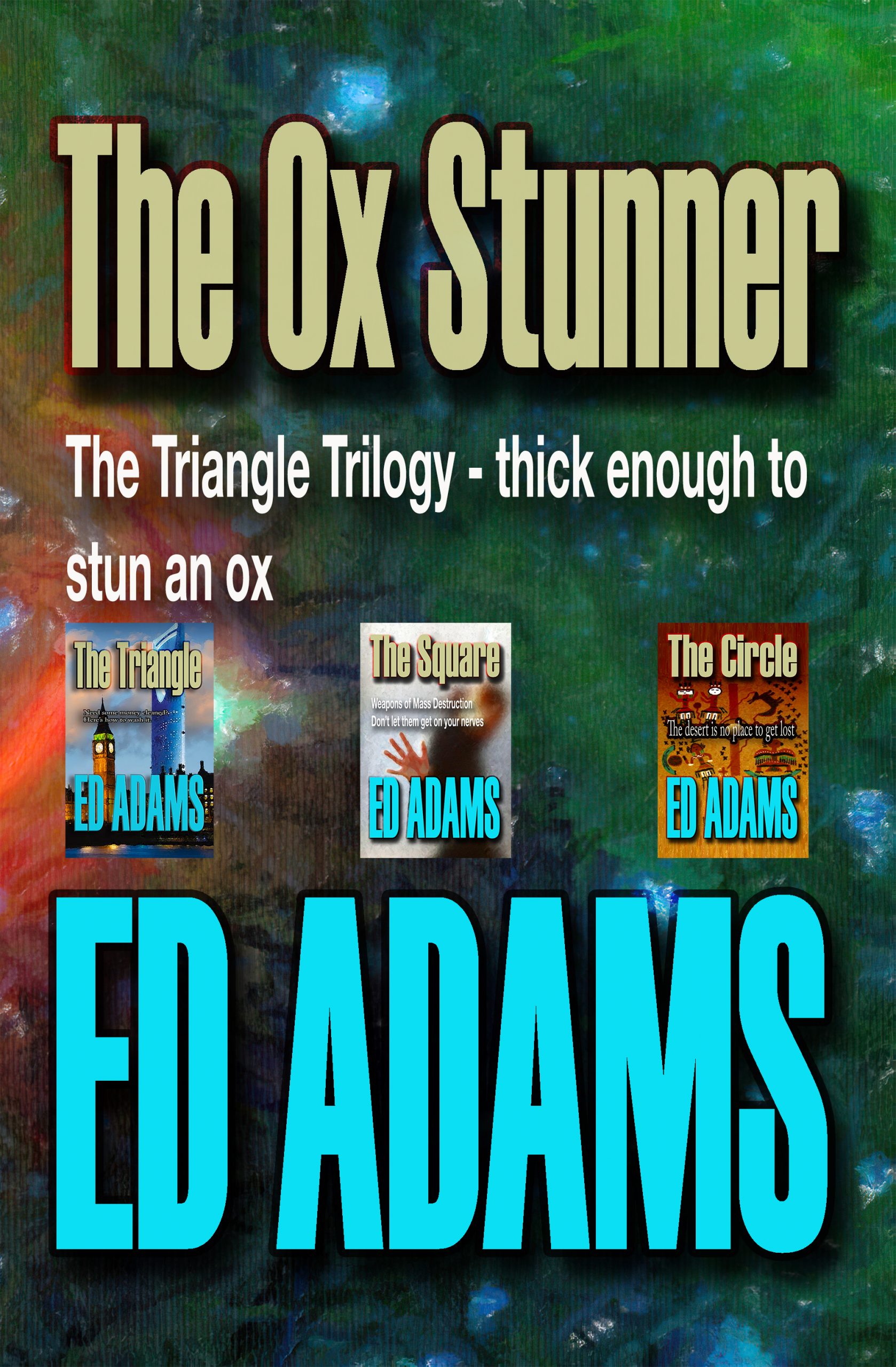